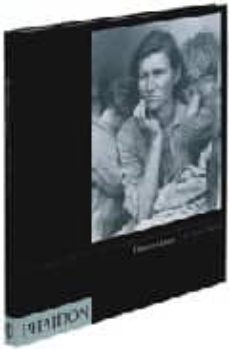 Dorothea Lange A monograph on the photographer best-known for her iconic images of the Depression in 1920s America.Mark Durden Dorothea Lange (1895-1965) is one of the most famous American documentary photographers of all time, best known for her body of work depicting migrant workers during the Great Depression of the late 1920s and 1930s Presents 55 of her images in a chronological sequence, including both her most well-known works as well as lesser-known examples Her photographs show her respect for her subjects' dignity in the face of often unbearable circumstances, such as the compelling Migrant Mother (1936), which became a symbol of the Great Depression Picture-by-picture commmentary offers insight into individual works Dorothea Lange (1895–1965) was a highly acclaimed social realist photographer who recorded one of the most important historical periods in American social history. In 1935, tired of studio portraiture, she began working for the Farm Security Administration (FSA), and created many of the images that define the Depression and the disastrous migration of farming families to the West in the popular imagination. This monograph is a concise introduction to her work, with an essay, 55 photographs and picture-by-picture commentaries.